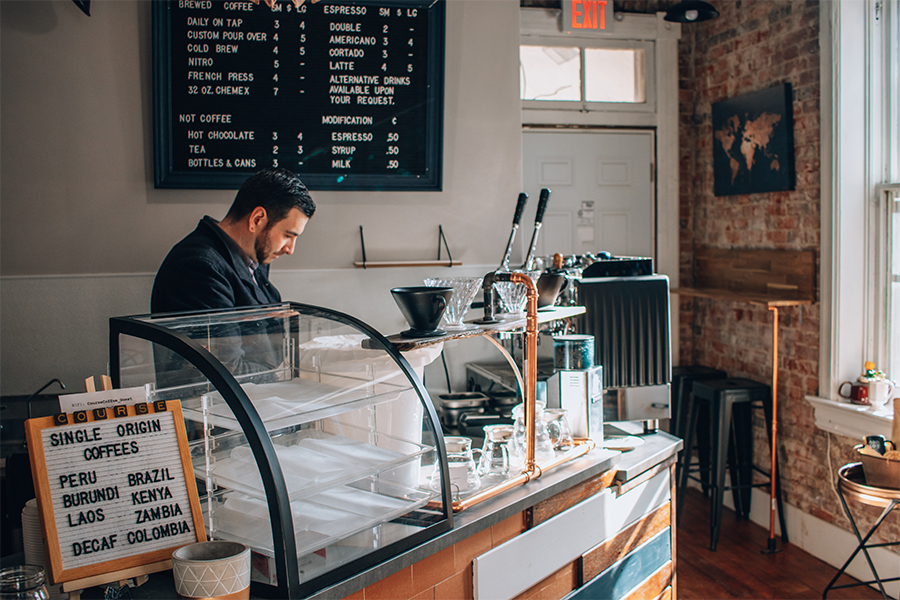 Course Coffee Introduces Coffee Roasting From Around the World to Frenchtown

As you step into Course Coffee, you’re greeted by the smell of freshly roasted coffee, the sound of community chatter and the sight of handpicked vintage furniture and decor. This newly-opened shop is located at 1218 N 2nd street.

Course Coffee is run by the owner, Brandon Runk, his wife Sarah Runk and his cousin-in-law Andrew Muller. This family team has been roasting and selling coffee for three years. They began as a pop-up shop traveling to different farmer’s markets, then expanded to work with Farm Table Creative where they opened up their former location in O’fallon. 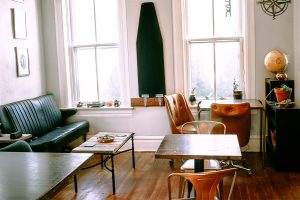 Since the beginning of Course Coffee, Runk and his team have been interested in the Frenchtown area. He saw a need for a place to sit and have coffee and thought the tight-knit community would be in support. Runk saw a lack of roasting in St. Charles and wanted to introduce this special kind of coffee creation to the neighborhood.

“We just really believed we were supposed to be in Frenchtown,” Runk explained. 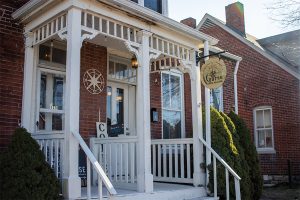 On Jan. 1, 2020, Course Coffee officially opened its doors five days a week to serve single-origin coffee, pour-overs, nitro brews, cold brews, espresso, tea and Mr. Meowski pastries to the community. Since the opening, Runk believes his business has already grown significantly. He loves the charm of the historic district and is already feeling the support from the active community. 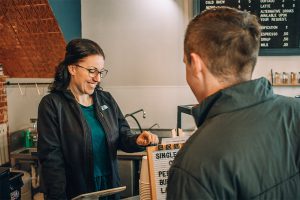 Runk’s passion for coffee has been around since he started drinking it. He had an interest in the crop and how processors get different characteristics out of the coffee beans. After starting with an at-home coffee roaster from his wife and fellow coffee lover as a Christmas present one year, his curiosity only got stronger. 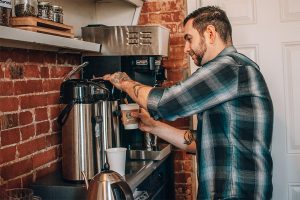 “It was an interest that turned into an obsession,” Runk laughed.

Coffee Around the World

With his interest in the way coffee is grown and processed, Runk wanted to feature how coffee from all over the globe tastes different. All of the single-origin coffees feature and specific region or country in hopes to connect the common coffee drinker to where their coffee is coming from. These seasonal roasts inspire Runk to continue to explore coffee from other places and share it with St. Charles. 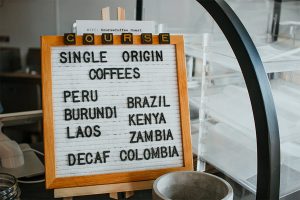 Through his business, Runk wanted to spread positivity with more than just his coffee. He partnered his business with Radical Online Radio, a radio station in Alton, Illinois that takes part in creating sober living houses for people battling alcohol and drug addiction. Having faced troubles with addiction in his own past, Runk was avid about supporting this cause. Course Coffee has a Honduran coffee blend where 20% of the profits go to Radical Online Radio’s sober living program. 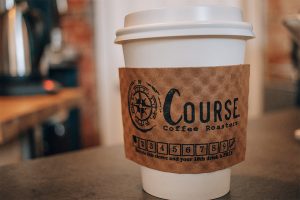 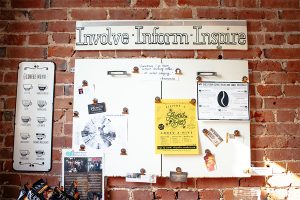 Check out the Course Coffee website and Facebook page to stay up to date with their seasonal menu items, store hours and events!