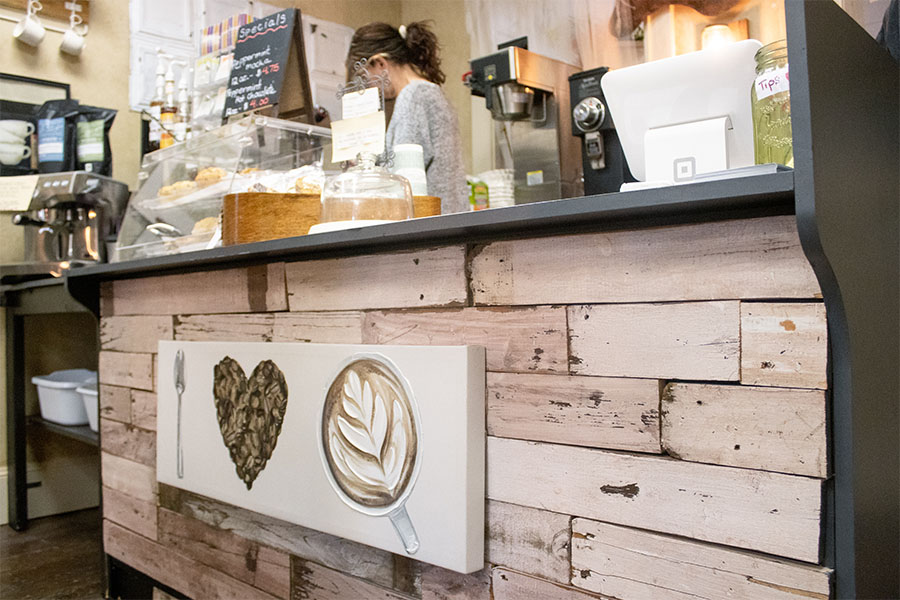 Frenchtown is now home to a shop where you can grab a hot cup of coffee and a fresh pastry. Grass Valley Roots at 903 N. 2nd Street, has now expanded their vintage finds shop to include this local coffee house. 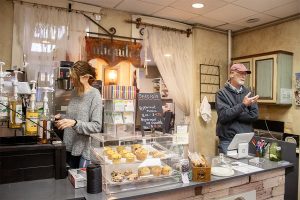 In May 2018, owner Laura Henry opened the doors to Grass Valley Roots, named after her hometown Grass Valley, California. When she opened her shop, she was selling vintage goods she found herself along with items that she repurposed. She had always loved to repurpose items ever since her first project where she decoupaged an old tray she didn’t want to throw out with scrapbooking paper she had in her home. 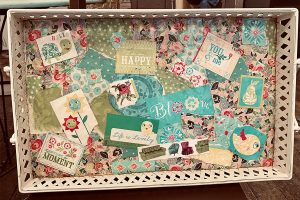 While visiting Frenchtown before Henry had the idea of opening her shop, she stopped into Bo’s Antiques and Art looking for some items to use in her upcoming repurposing projects. While chatting about Henry’s passion for refinishing, the owner of Bo’s suggested Henry by the building next door and open up her own shop.

“It was not on my radar at all,” Henry explained. “It truly felt like it was always my building and I was supposed to be here.”

After about two months of being open, Laura Morrison, owner of Secondhand Chic, stopped by to see how Henry’s shop was doing. After taking a look around, Morrison suggested to Henry to join a Facebook group called Vintage Market Tips where she could get personalized advice on her shop. 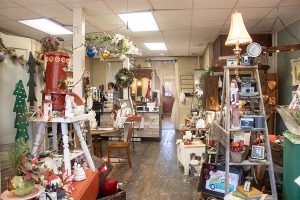 With Morrison’s suggestions, she was then setting her shop up on sections of color-coded vignettes and saw a much longer and heavier flow of traffic throughout her store. 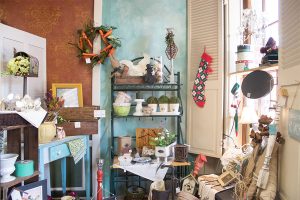 Although Henry was enjoying her new shop, she always had the idea in the back of her head of opening the coffee shop she’s always wanted. 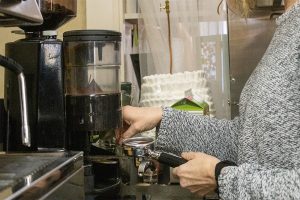 “The more I was in this neighborhood, the more I realized how badly the neighborhood needed something like this,” Henry emphasized.

After a year and a half of being open, Henry closed the doors to Grass Valley Roots to get ready for something bigger. She tore down a counter in the back of her store, added in a sink, installed a coffee bar and created space for comfortable seating. Once her restoration was complete she reopened her shop as Grass Valley Roots Coffee House and Vintage Finds. 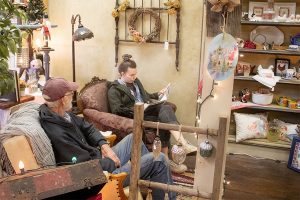 “I had no idea I even had it in me to do this,” Henry laughed.

Now you can find her existing repurposed goods along with some sweet pastries and warm coffee. Henry plans to have monthly menu specials and add on new menu items in the future. 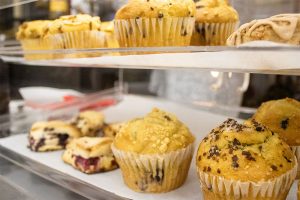