What was once a vacant warehouse now stands as a new, modern storefront for Grateful Thread Interiors at 221 Franklin Street. Owner, Jill Ryan, decided to move her drapery, upholstery and interior design business from New Town to Frenchtown two months ago to add retail space.

Wishing for Something More

After studying various forms of art in college, Ryan became an art teacher herself. Knowing she didn’t want to teach for the rest of her life, she left her teaching career and began doing interior work for friends and family.

“I think it’s something I’ve always been drawn towards,” Ryan said. “I think it was just the direction my life took me.”

One year later, she started her own business out of her home until she could afford her previous space in New Town, St. Charles. She worked there for 12 years doing mostly drapery and upholstery.

Five years ago, Ryan moved her home to the Frenchtown neighborhood. Two years after moving, she purchased a new building for Grateful Thread close to home. Once she sold her Newtown location, she transformed the new warehouse space into a storefront. The new space allowed her to increase the amount of in-home consultation and interior design work while adding retail space that sells: 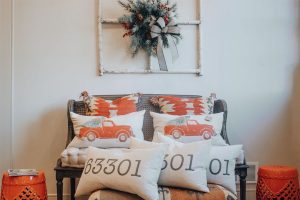 Ryan describes the previous shape of the warehouse as dark, vacant and falling apart. To showcase her design and remodeling skills, along with creating her perfect workspace, she knew it would need some serious remodeling. Previously, the building was closed off by dock doors, but Ryan opened the space up to create a storefront. After digging through the infill and pegboard, she was thrilled to find windows still intact to the building where the storefront now exists. She was able to use those windows to make the space feel more open. In addition, Ryan also added: 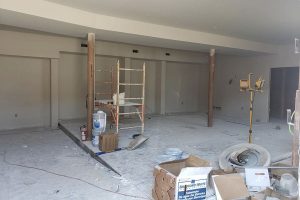 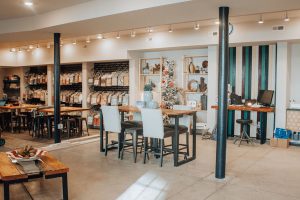 Along with her home interior services and retail space, Ryan will also be opening up her space to the community to host quarterly events. Her first event is a paint by numbers night featuring cocktails and snacks. These events will be updated on the Grateful Thread Facebook page. 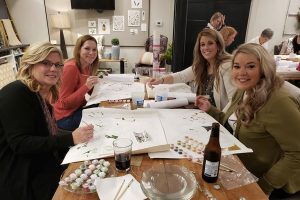 The grand opening of Grateful Thread Interiors was Dec. 6-8. The shop is now open to the public.

“What I love about being here is that I’ve had more people come in and see me than I’ve ever had before,” Ryan explained. ”My business has already grown from just being here for two months, so it’s really exciting.”